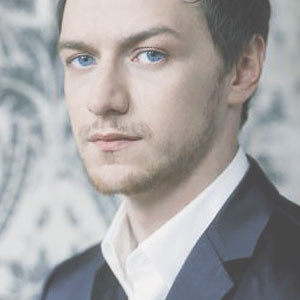 it's been confirmed. francis is married to minna marks.

peter mendel who was seen escorting minna marks away from the vanity fair post-oscar show arm in arm.

now this makes sense, doesn't it? peter mendel was having an affair with the actress he championed to his company's first academy award. peter mendel would be outted for the scuzzball he is for doing that, for taking advantage of a young actress. could peter mendel have used his position to tell minna he wouldn't push her for consideration without a relationship? i don't know, i'm just speculating given his reputation for being difficult.

meanwhile, francis and brandon want to be together, but can't so peter asks francis to marry minna so he can continue to be around her without continuing suspicion from his wife and it absolves brancis from being outed before they are ready. brandon is working with minna, too, so francis can be on set without arousing suspicion of his true relationship. it was win-win for everyone.

I love these posts, please keep them coming.

Did none of these Brancis fans see Room? Have none of them seen any of Minna's work? She didn't need to sleep with anyone to win her award. A24 certainly doesn't have the clout to use that kind of motivation. Minna is considered one of the most talented young actresses working... she single-handedly legitimatized A24 with her win. The misogyny is actually incredible. Like, an actress can't win without spreading her legs. You guys are something else.

Yes, Minna thanked Peter (she thanked Francis in every speech, too). Yes, Minna left a party with him. Here's a novel idea: if you're dating someone's business partner, you're probably friends with them.

The mental gymnastics going on in these posts is gold medal winning. I just cannot believe people are making gifs of her leaving a party to support their narrative, but then again, thanks? She looked amazing that night.

I am really happy for Minna and Francis. I think it is admirable they kept their relationship secret for so long and I wish them a lot of happiness. But please, please, please keep your delusional reaching in her tag. It's so funny.

Claude Amick
to me

"When you are so full of sorrow
that you can't walk, can't cry anymore,
think about the green foliage that sparkles after
the rain. When the daylight exhausts you, when
you hope a final night will cover the world,
think about the awakening of a young child."

Me
to Stephanie Ritz

Steph, no no no, please don't do this. I'm about to get on a flight to NYC to meet his parents. Please don't. Let me talk to you first. Steph, you're my best friend. I've seen the article, the one picking up traction on P6 about Peter and I. Is that you and Christine? Francis has a tonne of leverage now - did you? I could kiss your beautiful face. I don't know if Francis has seen all the announcements and he may be furious with me, but I wasn't in contact and you had to do what you had to do. Just don't sack me, please don't sack me. Steph, I need you more than I need anyone. I'll call you when I get to NYC.

ps can you send me some talking points for meeting Grace Robertson?

Sent from my iPhone

Minna Maeve Markovski and Francis Guy Lyon were married July 13 2016 at Manhattan City Clerk's Office Marriage Bureau in New York. Officiating was James Mitchell, clerk for the city, and witnessing was friend of the couple, Brandon Rucco. The couple were granted a waiver to the 24 hour waiting period on the grounds of extraordinary immigration.

The bride, 28, who will be taking his name, is an actress. She is the daughter of Peter and Siobhan Markovski of Dublin. The bride's father is the Director of Sport for RTE in Ireland and has acted as commentator for Irish coverage on various global soccer competitions including the Olympics, the World Cup, the Euros and Champions League. Her mother is an education administrator for the Dublin City Council and has been an champion of Irish educational reform, including the management of the Irish Language Development and Assessment board for monitoring and translating new words into the Irish language.

The groom, 37, is an auteur and film distributor working for A24, which he co-founded with Peter Mendel and Henry Olsen. He is the son of Benedict Lyon, of Los Angeles, and Grace Robertson, of New York City. The groom's mother is a celebrated author and prolific writer best known for her non-fiction accounts of raising a child in the age of feminism. She has been an influential figure in modern gender studies. His father, an actor, has entertained worldwide audiences for four decades and continues to do so. He is a member of the Academy.